I think it is pretty safe to say that living, and having a business in Estepona, is a very privileged position at the moment. Never before in history, this town experienced a development so fast and exciting as we see today. But it also means that local businesses need to adapt, modernize and in many cases…digitalize their operations.

On many levels, the local economy is experiencing a big boost. In this article, we take a look at some of the major branches that are (affected) by this. Starting with the real estate marketing in Estepona, Marbella and Manilva.

Never before there were so many new construction projects on the Costa del Sol.  Malaga city tops the list, with plans being approved for 1,214 homes: an increase of 38% compared with last year. It is followed by two towns on the western coast: Estepona, with an increase of 64% (800 properties) and Mijas, where the figure practically doubled to 516. There are several reasons why Estepona and Marbella are increasingly popular. Apart from the great climate and friendly culture, many recent developments have contributed to its rapid acceleration:

Estepona is perhaps the best example of a town making a crisis revival. Under the wings of the ambitious mayor Urbano, the traditional fisher town is expanding on so many levels. First, the ambitious coastal walkway that will connect the entire Costa del Sol, but more importantly, Marbella with Estepona. At the moment, nearly all 22 kilometers of shoreline in Estepona already have a beautiful footpath.

This is a reason for (local) business owners to invest in Estepona. Take for example the prestigious Kempinski hotel that recently invested 4 million euro to upgrade the 5-star hotel. Why? Well because of the prosperous future of Estepona, the rising figures of tourists that find their way every year. But predominantly because there are 6 hotels (some boutique) being built in Estepona currently. This is the sort of chain reaction that is occurring on many levels in Estepona at the moment.

The chain reaction is also palpable on the front side of the town. When focussing on facilities and real estate, the impact is enormous. In Estepona, building has started for a new hospital, a new athletic sports complex with offices, and roughly 20 new residential projects. Next to that, new restaurants are opening their doors, the old market is currently reformed into a modern food hall, and there are no signs that mayor Urbano will slow down anytime soon. 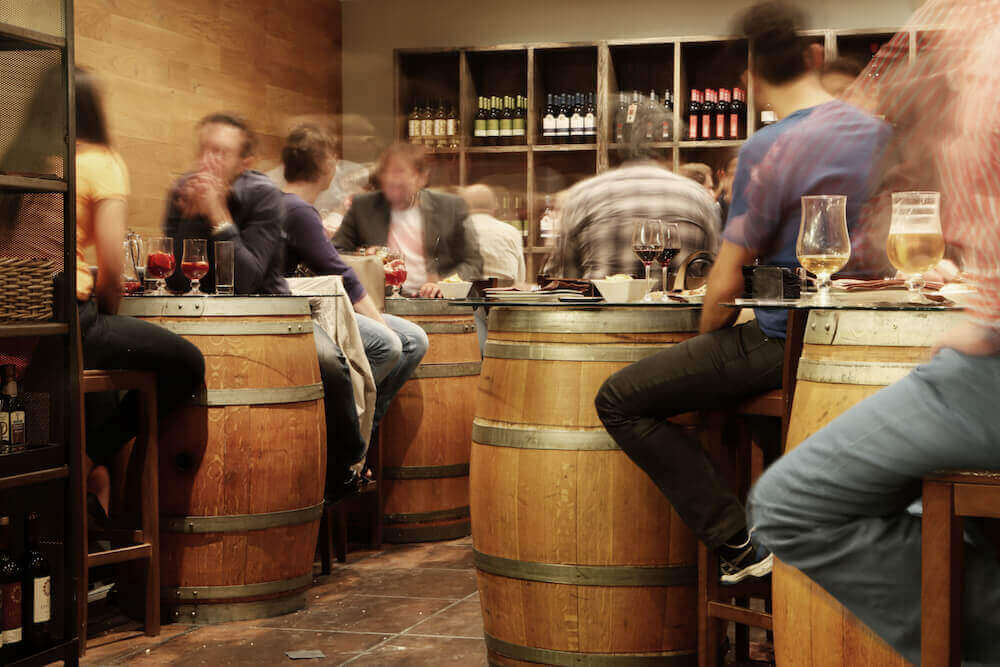 In December 2017, The president of Andalucía, Susana Díaz, revealed the best tourism figures in the history of the region. By the end of 2017, 29.4 million visitors had traveled to Andalucía and among them, they will have spent 52 million nights in hotel accommodation. It is a no-brainer to conclude that the popular coastal cities, Málaga, Marbella, Estepona, Manilva etc. played a big part.

Bottom line, there will be a steep increase of local residents and tourists in Estepona, Marbella, and Manilva. Moreover, there will be more events in Estepona (thus more people passing through or staying for a day). A good example was the grand opening of a prestigious art collection of Baroness Carmen Thyssen in the center of Estepona, in the orchid park last Sunday.

The focus on three sectors that are going to be affected by these developments. Affected in a good sense, given that local businesses are prepared. Digitally prepared.

As one of the few digital marketing agencies Estepona and Marbella,  there are still many ways that local businesses can improve their findability, Google Ranking, and online presence. We have gathered some useful articles for entrepreneurs to take action themselves!

Have been working with Ken and Michelle at FML marketing for the best part of a year now - they're a fantastic team. We've launched two new websites, 3 marketing campaigns across all social media platforms and created endless amount of additional marketing collateral like videos and infographics with their help. The communication has been fantastic, and there's hasn't been a single idea that we haven't been able to successfully implement without their help. Would highly recommend to anyone looking for a creative, professional service.

This website uses cookies to improve your experience while you navigate through the website. Out of these, the cookies that are categorized as necessary are stored on your browser as they are essential for the working of basic functionalities of the website. We also use third-party cookies that help us analyze and understand how you use this website. These cookies will be stored in your browser only with your consent. You also have the option to opt-out of these cookies. But opting out of some of these cookies may affect your browsing experience.
Necessary Always Enabled
Necessary cookies are absolutely essential for the website to function properly. This category only includes cookies that ensures basic functionalities and security features of the website. These cookies do not store any personal information.
Non-necessary
Any cookies that may not be particularly necessary for the website to function and is used specifically to collect user personal data via analytics, ads, other embedded contents are termed as non-necessary cookies. It is mandatory to procure user consent prior to running these cookies on your website.
SAVE & ACCEPT

Google
Have been working with Ken and Michelle at FML marketing for the best part of a year now - they're a fantastic team. We've launched two new websites, 3 marketing campaigns across all social media platforms and created endless amount of additional marketing collateral like videos and infographics with their help. The communication has been fantastic, and there's hasn't been a single idea that we haven't been able to successfully implement without their help. Would highly recommend to anyone looking for a creative, professional service.

Google
We are very satisfied with FML Marketing. They created 2 websites for us, help with our SEO and do the marketing for our company. Ken and Michelle always think along with us, give good advice and always respond quickly to our questions.We recommend FML Marketing to everyone. Besides that they are super professional, you can also have a laugh with them.
5
Excellent